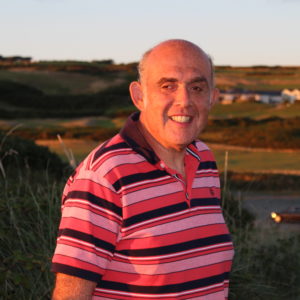 Russell has from an early age loved sport, most especially cricket. Despite originating from a non-sporting Central European refugee heritage, cricket captured his imagination. Once when traveling in the mid 1980s he had his Wisden Cricketers’ Almanack confiscated by a East German border guard who insisted that the statistics therein constituted a set of secret codes.

Having realized the value and power of sport on individuals, communities and nations, through extensive travel across Europe the United States, India and Southern Africa, he decided that he could combine his fascination of sport with his academic expertise in both domestic and international political history and political economy.

Consequently, after nearly twenty years in Higher Education as a lecturer, tutor and researcher and previous experience in humanitarian charity work for UNICEF, he decided to create In the Zone to offer a unique insight into the complexities of national and international sport, embracing the connection between sport and politics.

Dr Russell Holden is one of the leading teachers and researchers in the field of Sport and Politics. Having worked with Russell and known him for a significant number of years, I bear witness to his obvious enthusiasm, commitment to and knowledge of this area. Russell was instrumental in creating the Sport and Politics Specialist Group and, to his credit, the Group continues to go from strength to strength.